The University of Massachusetts Dartmouth Library Associates presented a check for $3,500 to Library Dean Sharon Weiner at their annual meeting on May 14. The purpose of the donation is to purchase books in the humanities, specifically, music, art, English literature, and history. They also presented a plaque that recognized a program organized by the Library Associates this year, “Four Male Authors.”

Dean Weiner gave a presentation on the symbolic value of libraries. 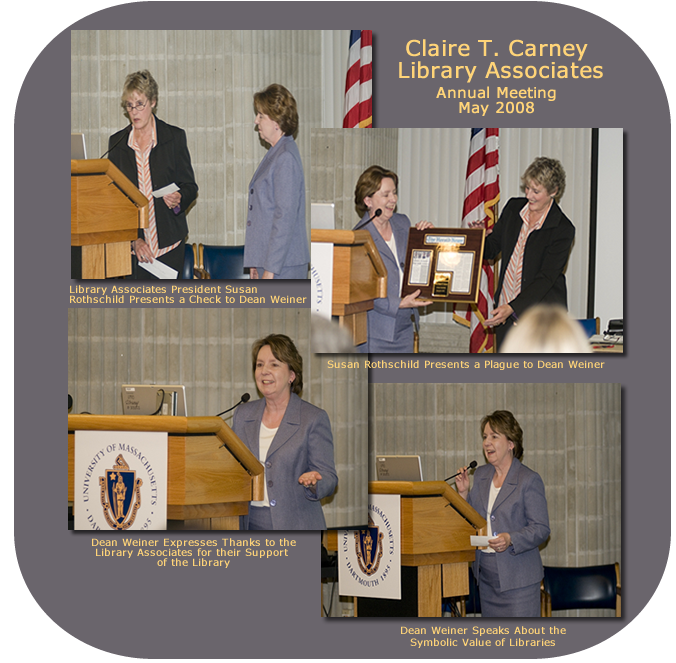