The presentation focused on the history and variety of philosophies and components of Information and Learning Commons and how they are evolving. He emphasized that the Commons model is an organizing principle focused on meeting patrons needs which also serves as a framework for working with campus partners in developing a “seamlessly integrated (from the patron’s perspective) continuum of services, tools, systems and resources, in-facility and on the Web”.

For further information on Dr. Bailey and his work, please see his faculty profile at Providence College.

Dr. Grant O’Rielly from the Department of Physics will present “CERN’s New Atom Smasher and the End of the World.” Come hear why CERN’s new Large Hadron Collider isn’t going to destroy the world, and what we will learn from the experiments now being done there.

Light refreshments will be served.

Freshmen get an introduction to the library in first-year English classes.
This is your opportunity!

Please sign up for one of the upcoming sessions: 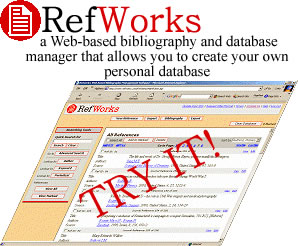 The Library is offering sessions to help beginners and advanced users. All sessions will meet in the Library’s second floor conference room (just behind the elevator). These sessions are open to both students and faculty.
Each session can have 6 participants, so RSVP quickly to get a spot!

Sign up for one of the NEW Sessions Now!

Please RSVP for a session by contacting Liz Winiarz or call Liz at x8696 if you have any questions.
If you have a laptop with wireless access, please bring it!

Advanced sessions will focus on: 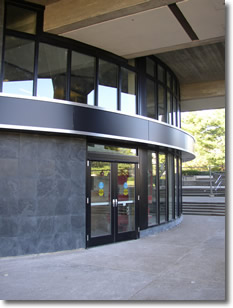 The Claire T. Carney Library Archives and Special Collections, currently located on the fourth floor of the library, will be closed for all but emergency requests from October 16 through mid-November.

During this period, the collections and staff will be moving into the newly-renovated Claire T. Carney Library Archives and Special Collections and Ferreira-Mendes Portuguese-American Archives facility on the mezzanine and lower levels of the library.

A date has not yet been set for the grand opening, but we anticipate that the Archives will be open to the public in mid-November.

The photograph shows the outside entrance to the Ferreira-Mendes Portuguese-American Archives/Claire T. Carney Library Archives and Special Collections. It was taken on October 7, 2008.  The new archives is currently in the final stages of construction.

More than 800 votes, both online and on paper ballots, were cast in our Learning Commons “Chair Fair,” which ended on September 29. We received lots of thoughtful and helpful comments as well. We’re tallying the results and will report back soon with details about the winning chairs. Thanks for your participation!

For more information about the Learning Commons, please visit the site.

Boston, MA — At a gathering organized by the Boston Library Consortium, Inc. (BLC) in cooperation with the Alfred P. Sloan Foundation, leaders from the academic and research communities voiced concerns about restrictions on use of public domain works that are being scanned for commercial purposes from library collections. The Universal Access Digital Library Summit, held on September 24 and 25 at the Boston Public Library, was framed as a call for new approaches to the digitization of library collections that will unleash their full potential and turn back erosion of the public’s rights.

Issues that have emerged as library scanning has scaled up in recent years are laid out in “Free Our Libraries! Why We Need a New Approach to Putting Library Collections Online,” a white paper by Richard K. Johnson, senior advisor to the Association of Research Libraries, that was commissioned by BLC for the summit. Johnson challenges libraries to devise new funding strategies, coordinate their action, and adopt forward-looking principles to guide their digitization. He suggests, “It’s time to sort out the right roles and responsibilities for companies, libraries, governments, and private funders and to get about the work of building an Internet public library that puts the public first.” The paper is available at www.blc.org.

Speakers contrasted two major digitization projects. The Internet Archive, working in cooperation with the Open Content Alliance, has digitized 500,000 works from library collections at an approximate cost of $30 per volume (or 10 cents/page), making these materials accessible universally. The Google Book Project has digitized at least one million items that are available only through the Google search engine.

The BLC, the first large-scale library consortium to self-fund digitization of its member’s collections, announced that it has pledged an additional million dollars to the project, bringing the total BLC funding to two million dollars since it began in 2007.

A groundbreaking partnership between two BLC members, the State Library of Massachusetts and the University of Massachusetts Boston’s Healy Library, was also announced at the summit. The two libraries will scan and electronically preserve 250,000 pages of Massachusetts state laws from 1620 to the present, making it easier for students, legislators, historians, genealogists, policy researchers, and interested citizens to have access to the vast wealth contained in these volumes.

Materials from both BLC projects are being scanned by the Internet Archive (https://www.archive.org) at the Boston Public Library under the Open Content Alliance Principles (https://www.opencontentalliance.org/participate.html).

Brinley Franklin, Vice Provost, University of Connecticut Libraries and President, Boston Library Consortium, noted: “What was once seemingly impossible is now attainable, given today’s technologies. The twenty BLC members, the Alfred P. Sloan Foundation, the Internet Archive, the Boston Public Library and the Open Content Alliance have blazed a trail for other libraries, museums, and cultural institutions to follow as we work collectively and collaboratively to make the world’s knowledge accessible to everyone, unrestricted by choice of technology, geographic location, or socio-economic status.”