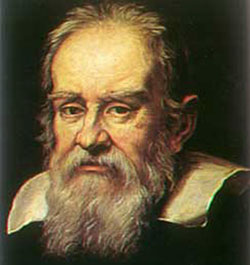 What: ‘The Firmament Showeth His Handiwork’ — Theology, Politics, and Galileo on Trial
Who: Matthew Sneider, Department of History, UMass Dartmouth
Where: Library Browsing Area
When: Wednesday, November 18th at noon

In 1633 Galileo Galilei appeared before the Inquisition in Rome. He was on trial for having supported the Copernican position of Heliocentrism, most recently in his Dialogue Concerning the Two Chief World Systems. Galileo’s trial and recantation have fascinated generations of scholars and have served as an archetype of conflict between science and religion. The astronomer’s earlier conflicts with the church will be considered but the focus will be on the implications of the trial.