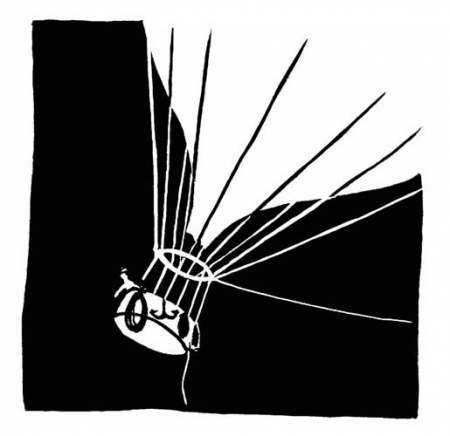 For the final (and, unintentionally, the second) Sci Fi Book Club meeting of the summer, we’ll be discussing Philip Pullman’s The Golden Compass. Known in the UK and Australia as Northern Lights, The Golden Compass is the first book in Pullman’s His Dark Materials series. It was released in 1995 and won the Carnegie Medal for Children’s Fiction in the UK that same year. The Golden Compass/His Dark Materials has been adapted to a variety of mediums, some listed here (be sure to scroll down all the way!). There are plans also in place for the BBC to make a TV adaptation of the entire series, though not much has been discussed about it recently.

If you haven’t read the series already, perhaps you’ve seen the movie or at least heard about the controversy. A movie version of The Golden Compass was released in 2007 and many religious organizations spoke out against it. The trilogy itself is no stranger to controversy, as in 2008 it was number 2 on the American Library Association’s Top Ten Challenged Books list.

Other than in this blog post and at the Sci Fi Book Club meeting, you’ll likely be hearing more about this series soon. Pullman is releasing the first book in what he calls the “equal” series entitled The Book of Dust. In May he released a preview of the book in The Guardian, but be wary of spoilers if you haven’t finished The Golden Compass or perhaps the whole series. You’ll likely hear more folks talk about these books in the coming years, so here’s your warning.

We look forward to seeing you in Library 314 at 1pm on Tuesday, August 22nd to discuss The Golden Compass. Since our American Gods meeting was canceled, we’ll plan on taking some time to discuss it as well. If you’ve only read one or part of either of the books, still feel free to join us!