On Tuesday, December 5th from 2:30 to 5:30 pm the Ferreira-Mendes Portuguese American Archive will host three presentations as part of the Migration and Mill Work traveling academic conference. The presentations are free and open to the public. You’ll find the press release for the full conference at the bottom of this post.

Using a variety of items—photographs, postcards, textual documents, oral histories— the exhibit will explore what it was like to live in the South Coast of Massachusetts during the 1920s. A time that saw both a burgeoning cultural scene but also a changing working environment for the Portuguese-American community that lived in this region.

The author of the Strike of ’28, a local labor leader, who collected many oral histories of Portuguese millworkers held in the Ferreira-Mendes Portuguese American Archives will discuss his work, local Portuguese American labor history, and the wealth of research material in the FMPAA archives.

Racialism, Social Sciences and the Politics of Knowledge in the 1920s: the case of Two Portuguese Communities in New England Cristiana Bastos. ICS, Universidade de Lisboa

Although he used state-of-the-art social science research methods (including extensive statistical analysis) to address social problems like infant mortality in migrant cities, Donald Tafts’s 1923 Two Portuguese communities did not fully depart from the old racialist paradigm with some of the work stirring indignation among New England’s Portuguese. This presentation will discuss the political and intellectual context of the book’s contents and reactions to it. 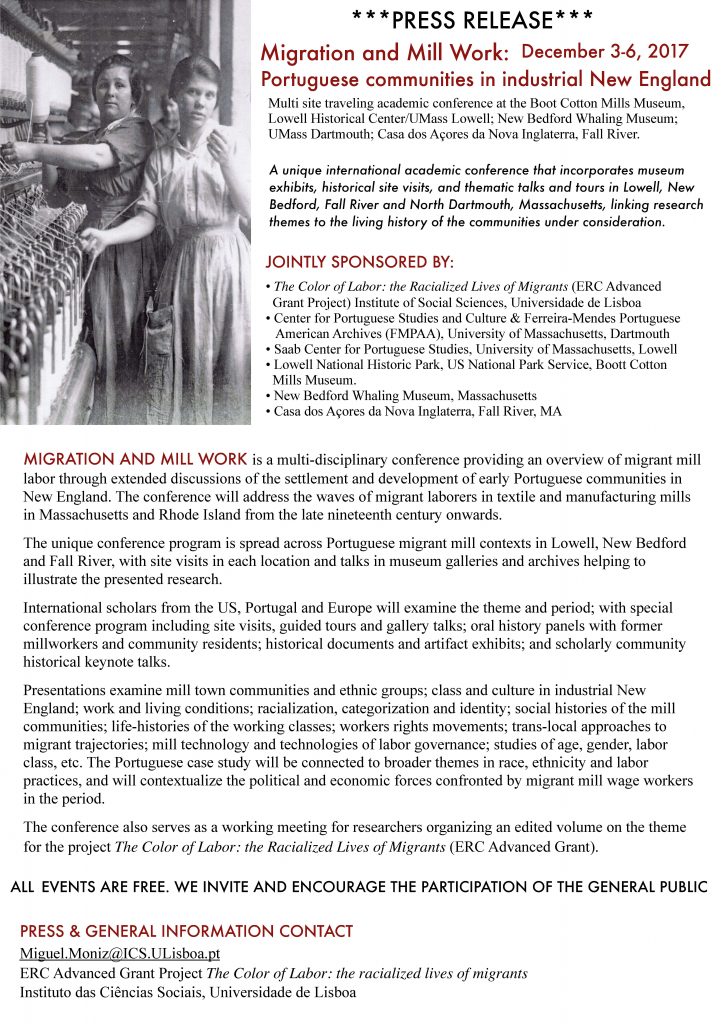