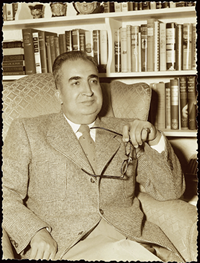 What: A lecture by  Prof. Frank F. Sousa entitled: “Hybrid Identity and the Portuguese-American Experience in the Novels of Alfred Lewis”
Where: Prince Henry Society Reading Room at the Ferreira-Mendes Portuguese-American Archives, Claire T. Carney Library
When: May 10th, 2012, 5:00 P.M.

~ Free and open to the public ~ Light refreshments will be served ~

The Ferreira-Mendes Portuguese-American Archives and the Center for Portuguese Studies and Culture at the University of Massachusetts, Dartmouth announce a lecture, “Hybrid Identity and the Portuguese-American Experience in the Novels of Alfred Lewis,” by Prof. Frank F. Sousa, University of Massachusetts Dartmouth, on Thursday, May 10 at 5:00 P.M. in the Prince Henry Society Reading Room at the Ferreira-Mendes Portuguese-American Archives (Parking lot 13). The lecture, free and open to the public, will include the launching of Lewis’s novel Home Is an Island. Light refreshments will be served.

Alfred Lewis (1902-1977) is the author of two published novels: Home Is an Island (Random House, 1951; Tagus Press, 2012) and Sixty Acres and a Barn (Tagus Press, 2005 and 1912). This lecture examines how these two works of fiction complement each other—the first treats life in the Old Country (Azores, Portugal) in the first quarter of the twentieth century, through the story of a young man who is about to emigrate to the America of his dreams, while the second is set in America, where the main character, a recent immigrant, pursues the American Dream on a dairy farm in the Central Valley of California during the 1940s. Both works call attention to the balancing act of dual identities and divided loyalties in individuals and communities on the margins between cultures. No other writer captures so well how the poor in the Azores viewed the promise of America and how Portuguese immigrants made a new life for themselves.

Alfred Lewis, born Alfredo Luís in the mid-Atlantic island of Flores, in the archipelago of the Azores, Portugal, was the son of a nineteenth-century whaleman who sailed the seven seas and eventually became a gold prospector in California, before returning to his homeland. Lewis himself immigrated to the Central Valley (Atwater) in 1922. Having learned English only after arriving in America, he nevertheless went on to study law and become a municipal judge in the San Joaquin Valley town of Los Baños.

Prof. Sousa’s lecture will conclude with the launching of a new, hardbound edition of Alfred Lewis’s classic novel, Home Is an Island, originally published by the prestigious Random House Publishers in 1951. The novel received much critical acclaim, including two reviews in the New York Times, and was highly praised by the well-known American novelist Patricia Highsmith, who wrote, “One does not often find a novel that reads like a poem, that tells a simple story in a simple prose, and yet is heroic, a novel of importance.”

Home Is an Island is volume 17 of the Portuguese in the Americas Series published by Tagus Press at UMass Dartmouth, in partnership with the University Press of New England. The Tagus Press cloth edition, sponsored by the Luso-American Foundation, features a foreword by Congressman Devin Nunes and a preface by Frank F. Sousa.

Frank F. Sousa is professor of Portuguese and director of both the Center for Portuguese Studies and Culture and Tagus Press at the University of Massachusetts, Dartmouth. He is the author of O segredo de Eça, an often-cited work on Portugal’s foremost novelist of the nineteenth century.

Directions: The entrance to the Ferreira-Mendes Portuguese-American Archives is located on the campus side of the Claire T. Carney Library. For access during library construction, as you approach from Lot 13, enter the library basement and take the elevator to the first floor, exit the building, and proceed to the right, to the Archives entrance.